You are here : Home > Stefano Savona 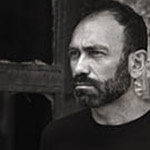 Stefano Savona was born in Palermo. Before moving to Paris to pursue a career in filmmaking, he studied archeology and anthropology in Rome and the UK and traveled extensively throughout the Near East to take part in different archeological excavations. This same region is where he later shot most of his films: among others, Notes from a Kurdish Rebel (2006), Cast Lead (2009) and Tahrir Liberation Square (2011).