Arcand grew up in a devoutly religious Roman Catholic home in a village about 25 miles southwest of Quebec City. He attended Jesuit school for nine years. Entering his teen years, the family moved to Montreal and although he dreamed about being a professional tennis player, while studying for a Masters Degree in history at the Université de Montréal he became involved in film making that gave him a new sense of direction. During his university days, he and several friends would drive to New York City every few months to take in European films playing there that were not available in Quebec. n 1963, he joined the National Film Board of Canada where he produced several award-winning documentaries in his native French language. A social activist, he made a feature-length documentary in 1970 titled On est au coton (We work in Cotton) that showed the exploitation of textile workers. The film caused an uproar that resulted in it not being distributed publicly for several years. Arcand received such publicity that it gave his fledgling career a great boost. He also worked on some television series, notably Duplessis, a historical work he wrote (but did not direct) about Premier Maurice Duplessis. During the early part of the 1970s Arcand produced a number of feature films that received critical acclaim. Arcand returned to directing documentaries and did no work for television. In 1982, his documentary, Le Comfort et l’indifférence won the Best Film prize from the Quebec Film Critics’ Association. In 1986 he wrote and directed what was until then the highest grossing film in Quebec (and Canadian) history, The Decline of the American Empire (Le Déclin de l’empire américain). At the Canadian Genie Awards, it captured best film, best director, and best writer of an original screenplay. It also won the « International Critics Prize » at the Cannes Film Festival and became the first Canadian feature film nominated for an Academy Award for Best Foreign Language Film. Three years later Arcand repeated this award-garnering performance with his widely acclaimed 1989 film Jésus de Montréal (Jesus of Montreal) winning the same three Genie awards, plus the « Jury Prize » at Cannes. 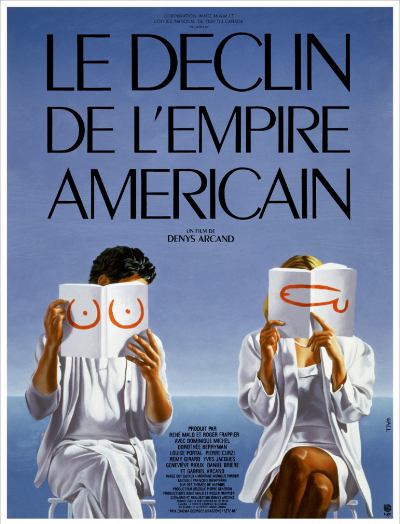