I don’t wish to be impolite, but I am very reluctant to write about the films I work on. I could have chosen a literary form in the first place. Maybe the best advice for the filmmaker is just to start the projector. If a film has a voice, it will speak. The writing can be safely felt in the hands of the writers.
But perhaps it is appropriate to say a word about the way we worked. We believe that making films is a social act. Our aim is to collaborate in the task of hammering out a common approach to what could be called « humanist » cinema. In sharing the authorship, we help and teach each other, and we learn most from the people that whose worlds we invade, people who are not filmmakers at all.
Tony GARNETT

Tony Garnett was born in Birmingham and read psychology at University College, London where he spent most of his time acting in the Drama Society and on TV. He has had a prestigious and varied career as an actor, script editor, screenwriter, director and producer.
He began his television career appearing in The Boys and a wide selection of TV dramas including Z Cars. He worked on The Wednesday Play and produced many films for television. In addition he introduced Mike Leigh with Hard Labour, GF Newman with Law and Order and Roland Joffe’s first film, The Spongers. He produced, wrote and directed films like The Shadowmakers, starring Paul Newman and directed by Roland Joffe. He returned to the UK, bringing to the screen many single films and drama series. He has also had a prestigious academic career and did five years as Professor of Media Arts at Royal Holloway College, University of London, with honorary doctorates from Reading and Birmingham universities. He wrote a novels. 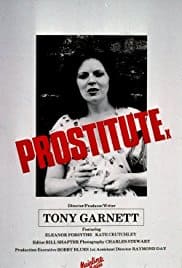