Reason over Passion is one of Joyce Wieland’s most renowned experimental films– a cross-country travelogue, political satire, modernist experiment— which embodies many of the themes recurrent in her rich, diverse and extensive oeuvre. It was inspired by a speech given by then Canadian Prime Minister Pierre Elliott Trudeau, in which the phrase “reason over passion” was meant to be a strategic goal for Canada’s future and the possibility of some sort of unity between the French and the English. To Joyce Wieland, however, as a woman, as an artist (who worked with textiles undervalued as women’s craft not high art), and as a passionate Canadian nationalist, “Passion over Reason” described more of her own approach to art and life. 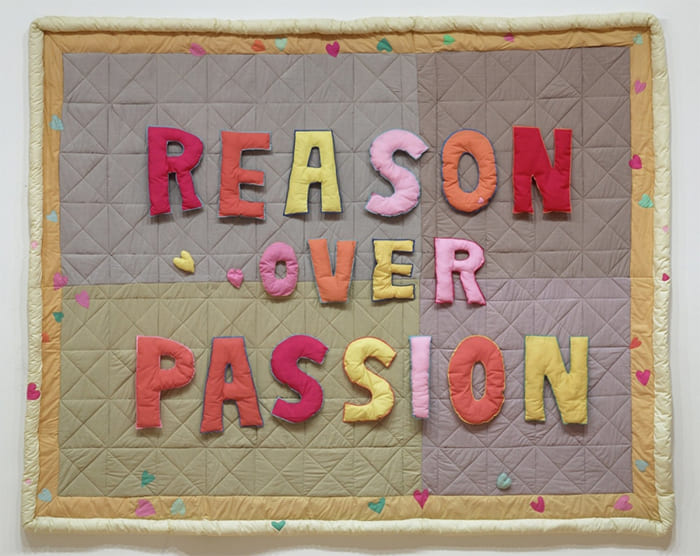