The Blood Of Hussain

This film is dealing with the life and eventual murder of Hussain Murtaza, the younger son of an old and established family of landowners from Pakistan. It portrays his conflit with the tyrannical and illegitimate military government, and his acceptance of his destiny as champion of the poor and powerless.
Hussain Murtaza’s struggle is a modern metaphor of the life and martyrdom of Imam Hussain, grandosn of the holy prophet Muhammed, who was murdered by the forces of the usurper Calif Yezid in 680 AD.
Through the mix between allegory and myth, of history and fiction, I have endeavoured to create a multi-dimensional reality which describves the tears and frustrations of my fellow countrymen who are too poor, too oppressed, and presently too fearful to translate this deep resentment into political action.
Some, therefore, will say this film is simply the product of fantasy. I, on the contrary, conted that it is prophetic.
Jamil DEHLAVI

Jamil Dehlavi is British film director/producer. He was born in Calcutta, India to an Indian father and French mother. 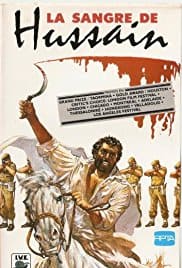