The Story Of Woo Viet

Born in China, Ann Hui is Half Chinese and half Japanese. After graduating in English and Comparative Litereature from Hong Kong University, whe spent two years at London Film School. Returning to Hong Kong, she worked as an assistant to director King Hu before joining TVB to direct drama series and short documentaries. In 1977, she produced and directed six films for the ICAC and in 1978, she made three episodes for the RTHK series, Below the Lion Rock. Then she made her debut feature file, The Secret, in 1979.She was a member of the jury at the Berlin International Film Festival in 1996 and in 2003 at the Venice Film Festival; she was President of the jury at the Locarno International Film Festival in 2006. 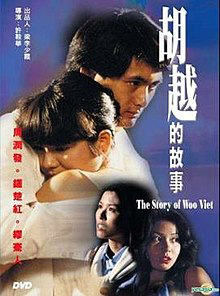